On Saturday 6th November I was honored by the IABMA with their award for Close-Up Magician of the Year for 2016.

The International Association of Black Magicians – YES, you read that right, an association created by Black People in the arts has held its Inaugural World Summit event in the city of Indianapolis. This city is famous for its Indy 500 Speed Racing event- think Formula 1 with an American twist. 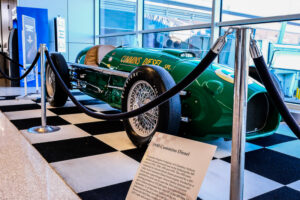 The image above features the classic 1959 Cummins Diesel Sports Car used in The Indy 500. 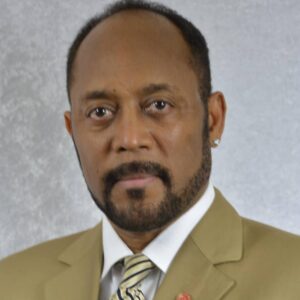 The IABMA is an initiative created by IBM President Kenrick “Ice” McDonald a very dynamic magician, entertainer and entrepreneur. Along with Tevell Rose, Randy Shine, Rory Rennick, they have created a world’s first – an organisation that speaks to the needs of black performing artist around the world.

I first heard of The IABMA earlier this year when I received an email notifying me about their Inaugural Summit Conference and that I had been nominated to receive their award for Close-up Magician of the Year 2016. My name was shortlisted along with Kevin Bathea, Eric Jones, Ben Barnes and George Bradley.

When I first read this news I was surprised and delighted on many level. Firstly, this organisation was the fulfillment of 11 years of planning, the award nominations was a big compliment to me because this was an acknowledgement of my work. After receiving this email, I must be honest, I gave it no further thought because I live in the U.K., this conversation is based in the USA plus the fact this group of magicians are among the worlds finest so whoever receives this award would have been a worthy recipient.

I got on with my life, traveling, presenting my lectures and seminars around the world. One day I received an email from Kenrick alerting me to the fact that The IABMA were holding their first Conference in Indianapolis. I decided to attend this event. My reason for doing so would mean that I could meet old friends, network and build new relationships with Magicians in the US Black Community – I made the right choice.

This event surpassed my expectation, I thoroughly enjoyed the experience and it fulfilled my intention of meeting old and creating new friends. A number of delightful things occurred during the conference, which will stay with me for the rest of my life.

The event keep kicked off at 4pm on the Friday afternoon. Kenrick facilitated the introduction, he mentioned the fact I had traveled 4000 miles to be there which was very nice and well received by the Black Delegation.

The Magicians who appeared and presented where Marcus Eddie, Eric Anderson, Kevin Bathea, and Rory Rennick. 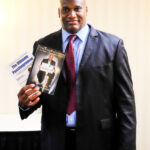 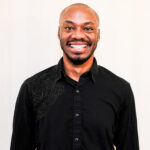 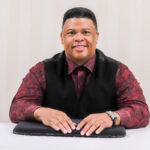 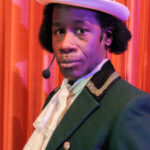 One of the big conversations we had was about magic, the arts and what it means to be Black Performers in the world today. This conversation was confrontational by its very nature, the fact that this event was put on by Black Performers is an indication that we as professional performers have a voice that needs to be heard, recognised and acknowledged. While I am deaf, I felt very well supported by the people I was sat next to. They used their iPhones and whispered in my ear the contexts of each conversation, so I was able to contribute my point of view and personal experience of being a Black Magician in a white dominated world.

I will just paraphrase one of my contributing thoughts;

“I feel is important now for us as Black Magicians and Performing Artists to really take full responsibility for our own success and progress. While it may be very difficult and challenging for us to be accepted in the mainstream community, the fact of the matter is, it is a real privilege for me to be in a room full of talented magicians of my own kind. The fact that I have traveled 4000 miles to be here is indicative of how much love and respect I have to you all. Some of you are friends of mine and we go back a long way. Many of you will become new friends and this collective will continue to rise, and support each other in the months and years to come”.

As this conversation continued, an interesting point about racism was brought up. When this was mentioned to me, I immediately put my hand up which was acknowledged by our facilitator Kenrick. When it was my turn to speak, I said;

“Racism in the arts is here to stay. We cannot control the thoughts and feelings of other people; the only thing we can control is our response. This is easier said than done. As Black People we’ve been conditioned to fight back against the slightest provocation against the colour of our skin. Racism is not exclusive to you in the United States; this is a global issue against any minority that doesn’t fit into the mainstream scheme of things. As Black People, our response says more about us while the provocation, says a lot about the provocateur. It takes two to tango and how we choose to respond will be our enduring legacy”.

I was very proud to receive the award of Close-up Magician of the Year by The IABMA. Being at this event has expanded my appreciation of what we as Black people have contributed to the world, not just the arts or sport.

In closing, I must acknowledge my mentor Alan Alan, a white Jewish man. We spoke about the race issue a lot during the early years and he said to me; “don’t worry about Racism, just do your magic well and impeccably, you will render the audience colour blind for short while, when you are finished, they will have to deal with the fact they were fooled by a gentleman who is BLACK”