How do you personally define the word legend? One man’s legend is different to someone else’s, such is the subjective definition of this word. There are some people in life who are much bigger than the word itself.
This photograph speaks for itself – The International Man of Mystery David Berglas. 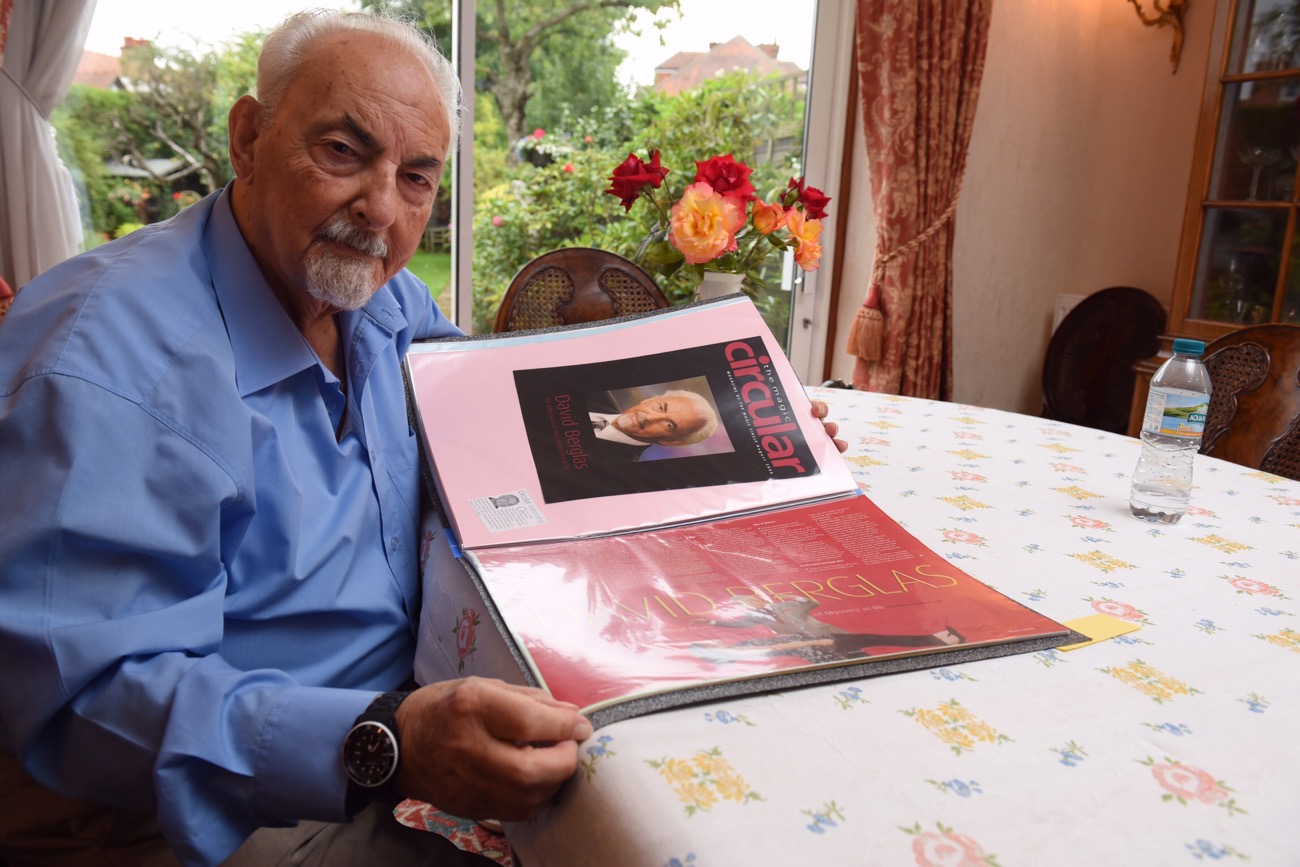 David Berglas, in my opinion is a living legend in British Magic.

I made it a point of contacting David with the hope that I could visit him and spend the afternoon in his company. He was as excited as I about this possibility – we made it happen and all I can say is our time together was an absolute privilege from me.

I have known David since I was 17 years old. He reminded me of my first visit to The Magic Circle as a boy where I was introduced to him by my mentor Alan Alan.

Alan had asked me to perform a coin routine for David; I performed a fabulous routine called “SKYHOOKS” of John Ramsey – The Hanging Coins”. I was very surprised by his sharp memory. David said to me as a young boy; “you are very good young man, however, you will have to wait until you are 18 before you can join The Magic Circle”.

My relationship with David Berglas would be consolidated on the night of The Magic Circle Close-up Competition to find The Magic Circle Close-up Magician of the Year. This was in 1983, I was 18 and my performance was being judged as part of my official examination for membership of The Magic Circle. That night, David was one of three judges and I was voted the winning act and became a very young member of this prestigious society. Being seen by David and the membership would set a big context for my life and future career. He would play an instrumental part in my career development.

When we met up a few weeks ago, we embraced like old friends and just spoke, shared and reminisced about old times. I was particularly fascinated to learn more about David Berglas – the man and legend in show business. I say legend because he earnt this status through talent, hard work and he had a personality that would open doors and connections in show business that would transform his life, The Magic Circle and my life too.

Throughout our afternoon together, he spoke about his early career being the first magician to have his own show on television. This made me realise he set the template for the likes of David Nixon, Paul Daniels and many more who would follow. I remember seeing footage of David smoking cigarettes under water, performing sleight of hand with cigarettes with his sleeves rolled up talking directly to camera. In his later career he had a very successful show which featured the likes of Omar Sherif is a Drawing Room type setting. 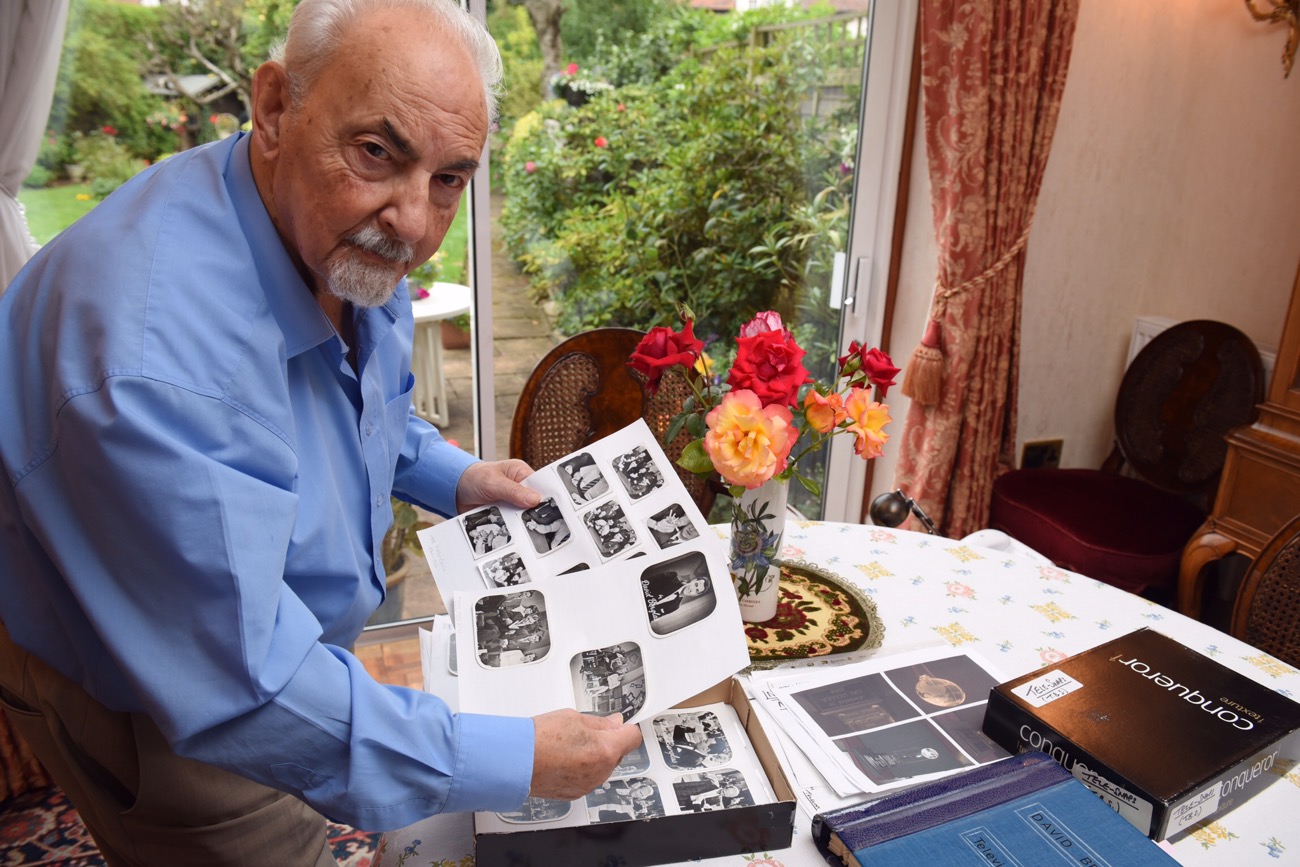 At 91 years of age, he cuts a dignified and fulfilled figure of man, who has done it all achieved it all and cemented a legacy of powerful magic and mentalism in our craft.

Nothing more was said at this point, we continued talking about our respective lives, my current work, losing my hearing. It must have been another hour or so when he asked me to walk over to cabinet drawer and remove several decks of card – two red decks and one blue. He asked me to pick up any deck, I chose the blue deck.

He then went to his presentation for The Berglas Effect.

Many magicians have written about this stunning effect and the impact it had on them. I believe I am the first to have photographic evidence of David Berglas during his denouement of this amazing experience.

I am deliberately choosing to allow my photograph of this experience to speak for itself.

Draw your own conclusion. 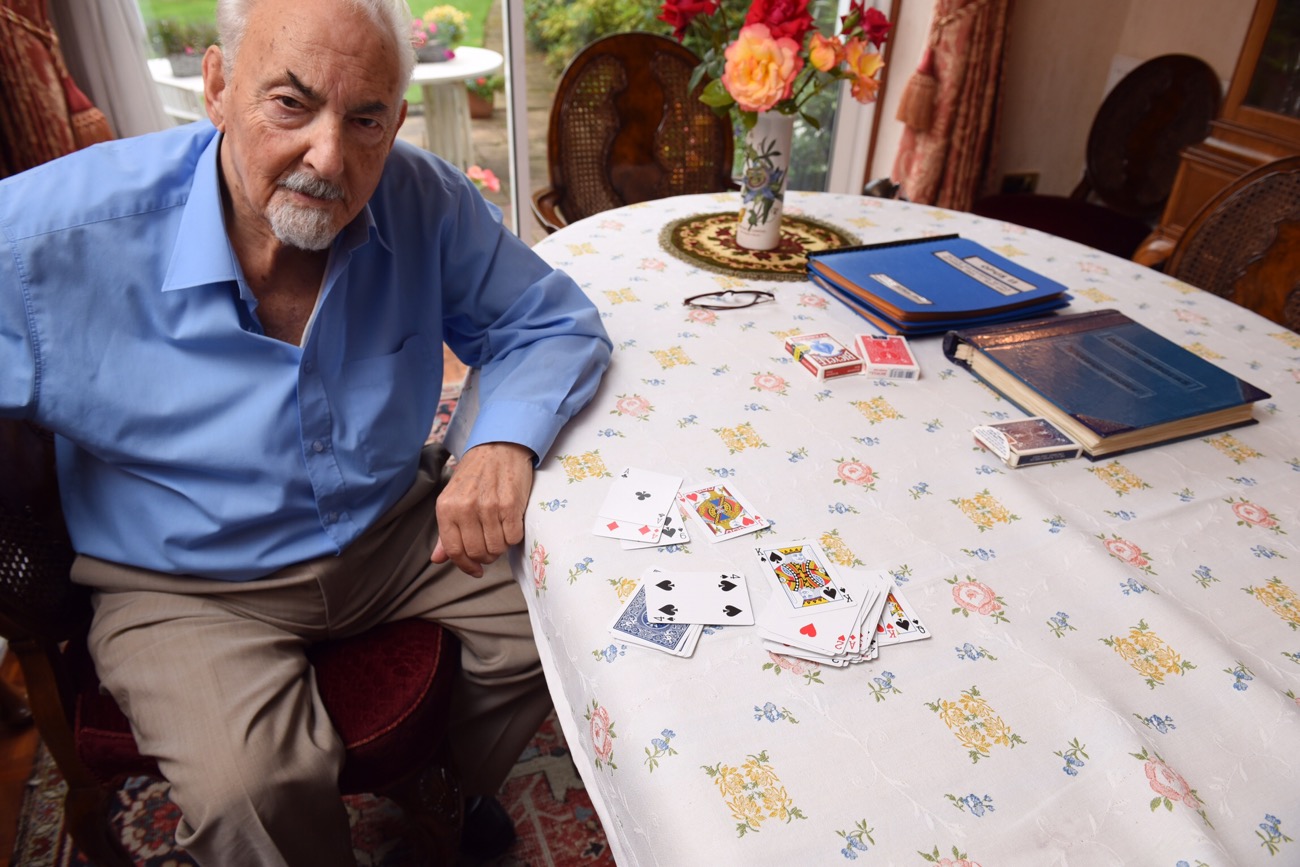 Throughout my life, I have been blessed to know and study magic with some truly great masters. My friend and mentor Alan Alan supported my development with rigorous coaching. David Berglas inspired me to maintain my attitude for excellence, performance mastery, communication self expression. David is quite a remarkable human being, he still has a zest for life all be it at a more measured pace now, he still has his mind engaged with projects and is currently featured in Genii Magazine sharing his life through stories and anecdotes with esteemed writer Richard Wiseman.

I made a point of not over staying my welcome, I could have stayed longer and yet felt the time had approached for me to leave David to continue with his evening, we were together for three magical hours, it felt like five minutes.

This short blog post in no way encapsulates the life of David Berglas, it is just my humble attempt to document my time with him and to offer this as a personal thank you to him. Because of David, I was able to meet and entertain Muhammad Ali and his family, David introduced me to the Late Princess of Wales and Prince Charles, Richard Branson and the wonderful show business Photographer Doug Mackenzie. 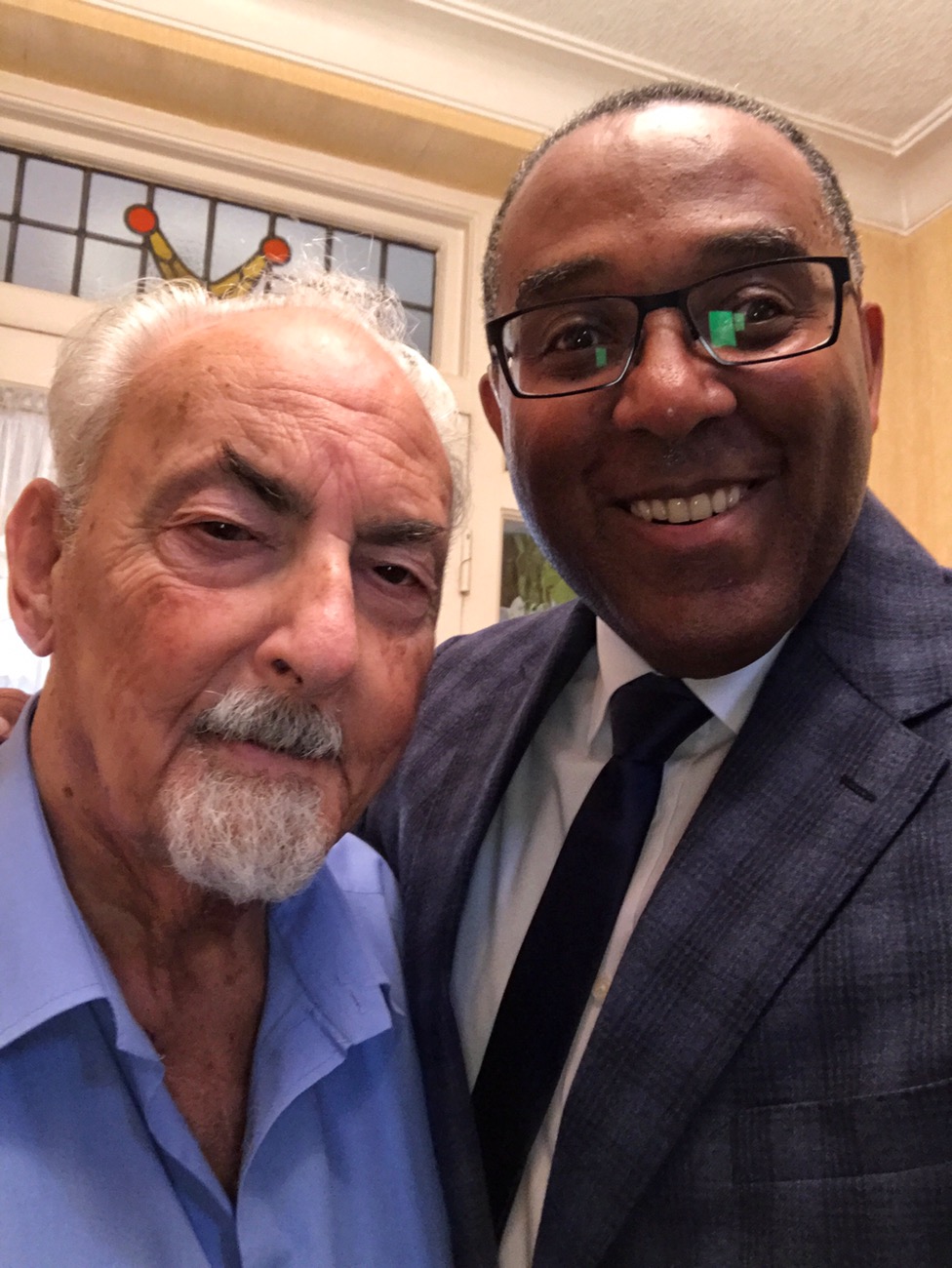 This blog post has come to end, my friendship with David will last forever. This is a wonderful privilege in my life.

All images in this Blog Post were created by Michael Vincent Photography.